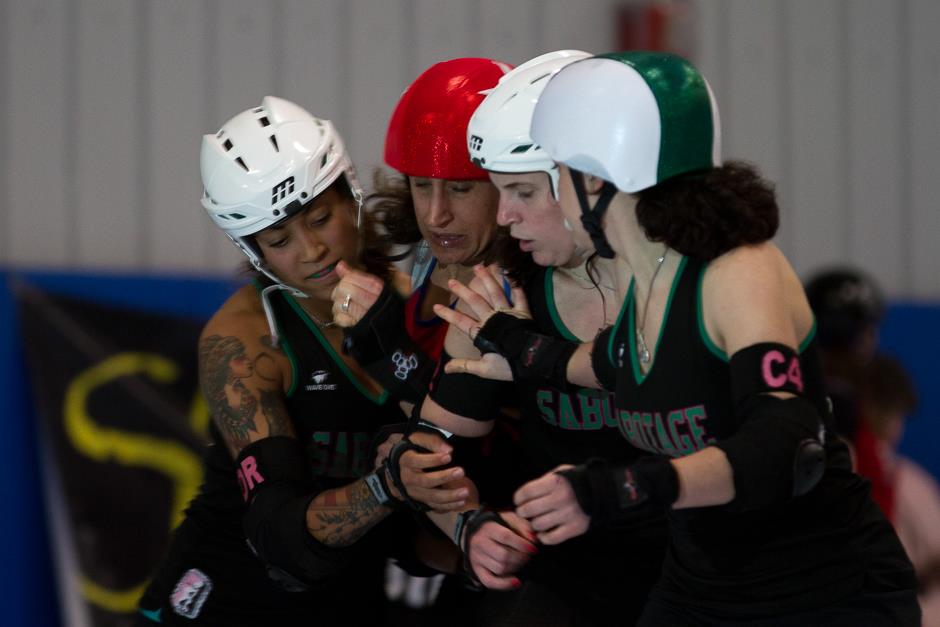 more photos and such after the jump…

View the rest of Jeffreys’ photos from the Stepford Sabotage and the Yankee Brutals bouts. 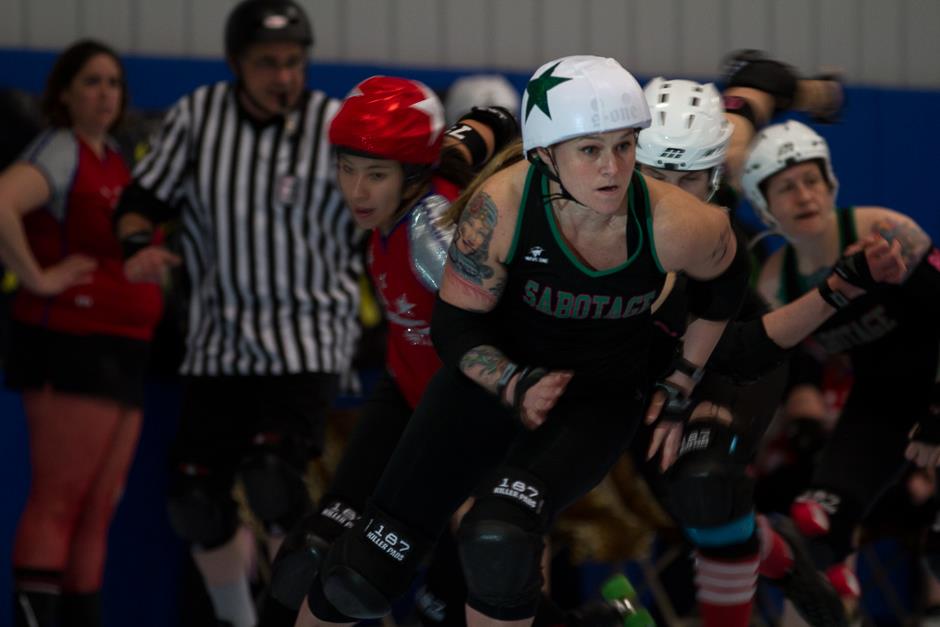 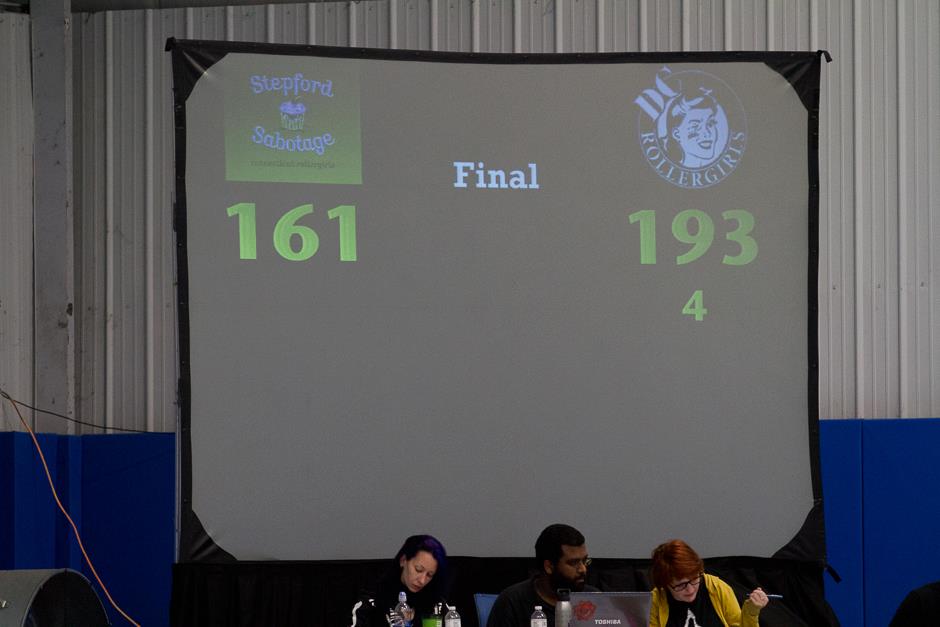 Despite an amazing 2nd half comeback, the Sabotage who ended last season ranked 19th in the East (WFTDA) couldn’t catch up to the DC Rollergirls (who finished 2012 ranked 7th). 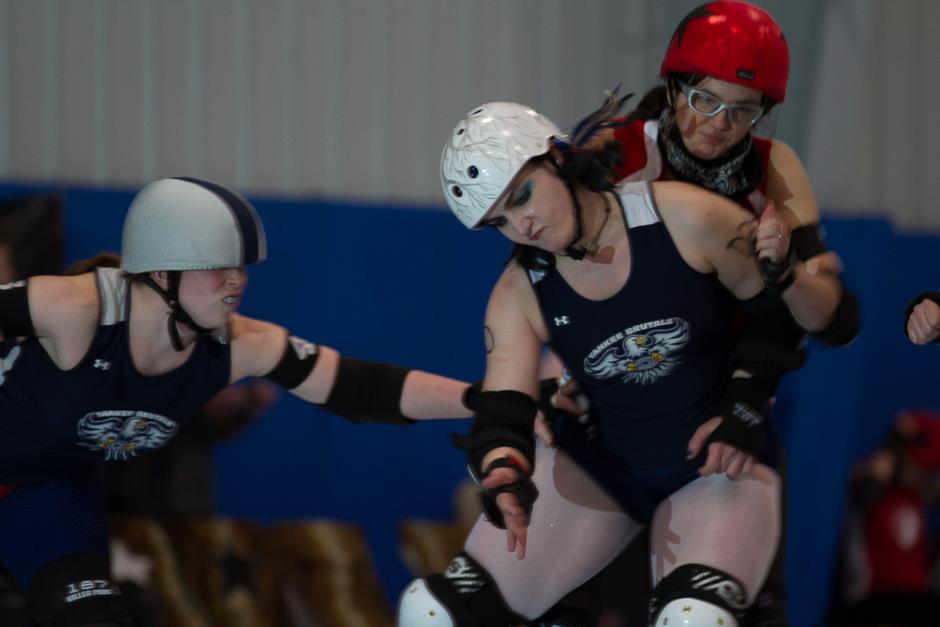 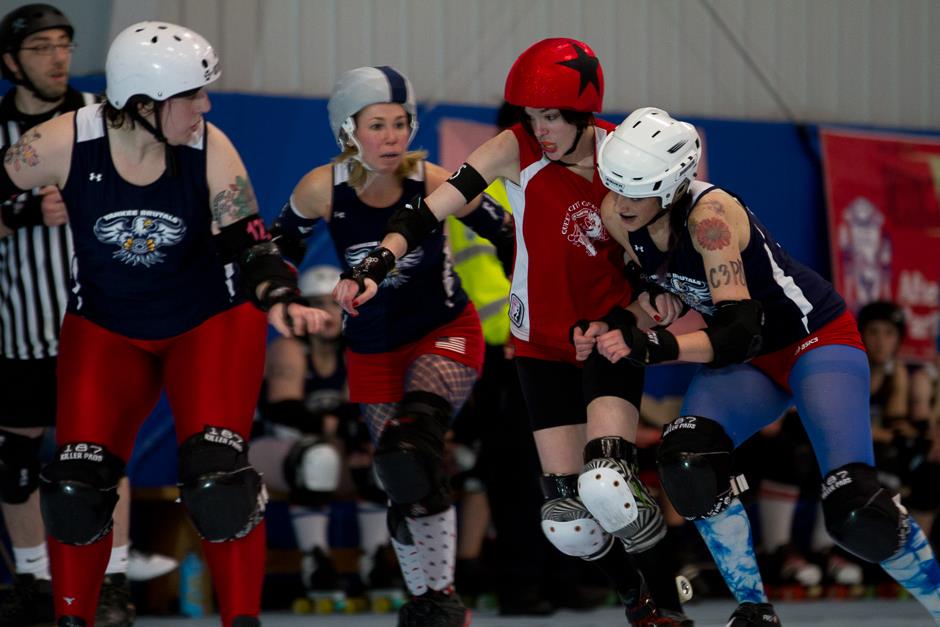 Puke Skywalker laying a hit on a Cherry Bomb jammer. 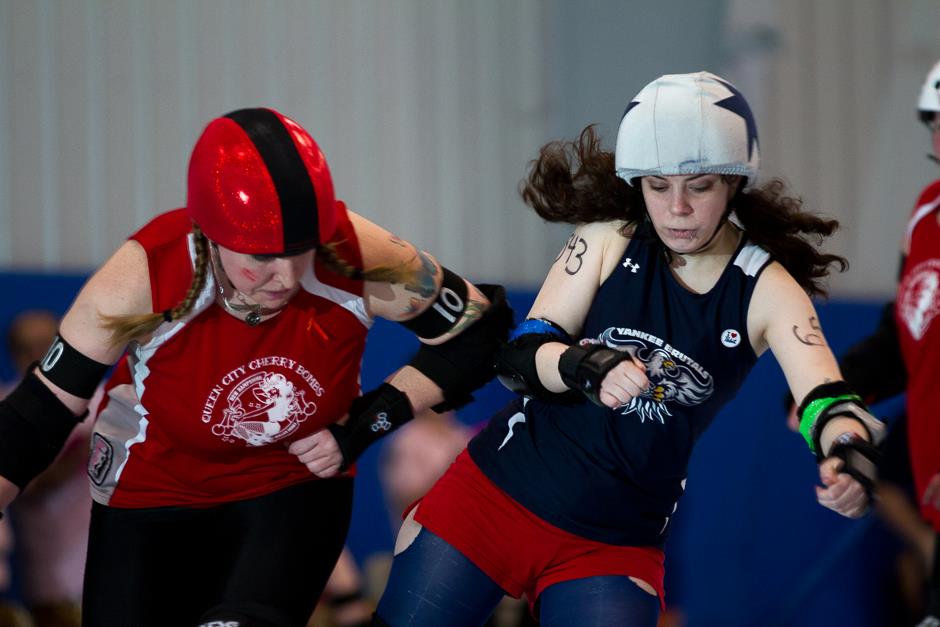 Kitty Bomb jamming for the Brutals taking a hit from the Queen City pivot. 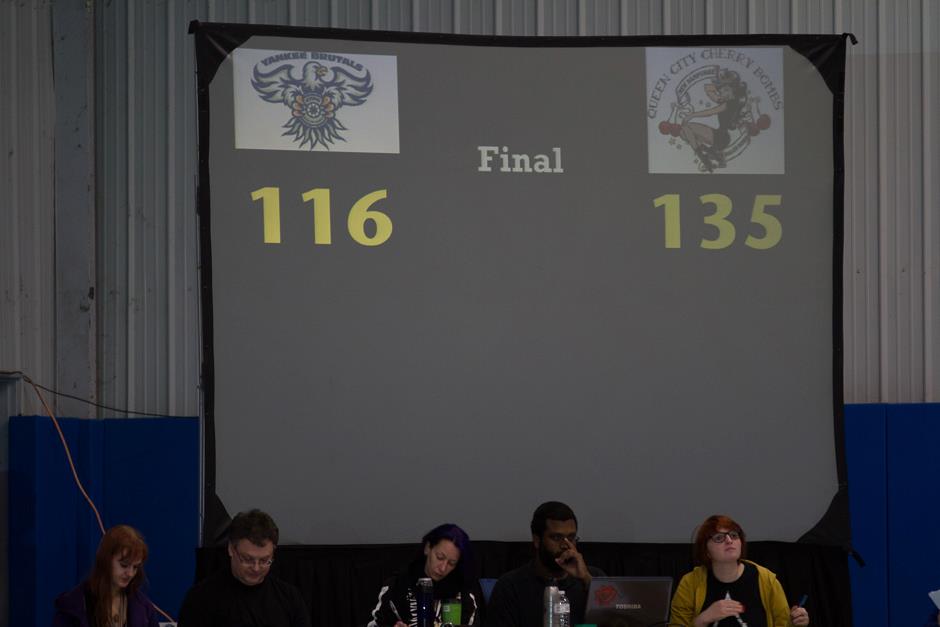 The Yankee Brutals started of the evening by shaking off the cobwebs in the first half. In the second half they made a valiant comeback, but couldn’t quite bridge the point gap over the girls from New Hampshire when the final whistle blew.