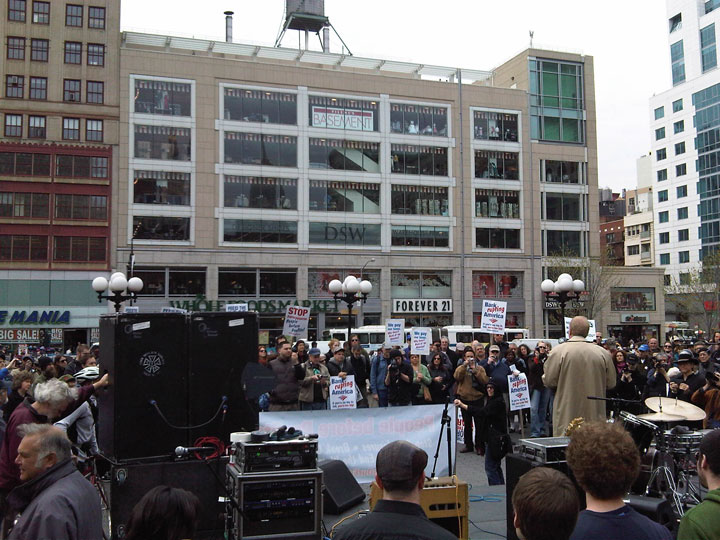 On April 15 in Union Square Park in New York City at 11:00 AM there will be a “Sounds of Resistance Concert” and protest against the big corporate banks that have undermined the U.S. economy and displaced families from their homes. Big Finance has taken more than a trillion from the Department of Treasury and Federal Reserve to pay for their casino gambling on Wall Street but they are still forcing people out of their homes, not lending to small businesses and choking the economy. 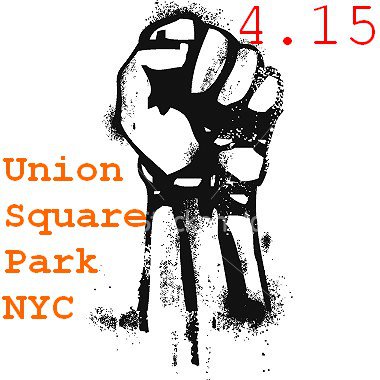 The concert will feature political hip-hop/rock powerhouse Junkyard Empire with special guests Broadcast Live and Sketch the Cataclysm. Chris Hedges will speak about the growing culture of resistance. Other performers and speakers are invited.

The protest will include a picket of the Union Square Bank of America – a major culprit in the great rip off of the American taxpayer.

This concert and protest are part of the effort to build the urgently needed movement to shift power to the people and away from concentrated capital interests.

For more information visit the the facebook event page: http://www.facebook.com/event.php?eid=155800227813376
or this article : http://my.firedoglake.com/kevinzeese/2011/03/31/sounds-of-resistance-are-growing-join-americans-fed-up-with-big-finance/