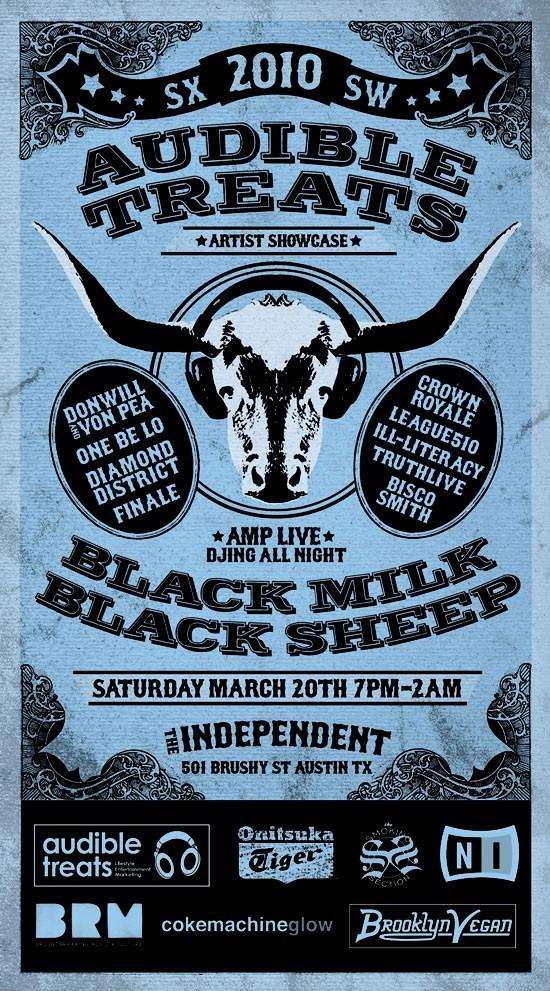 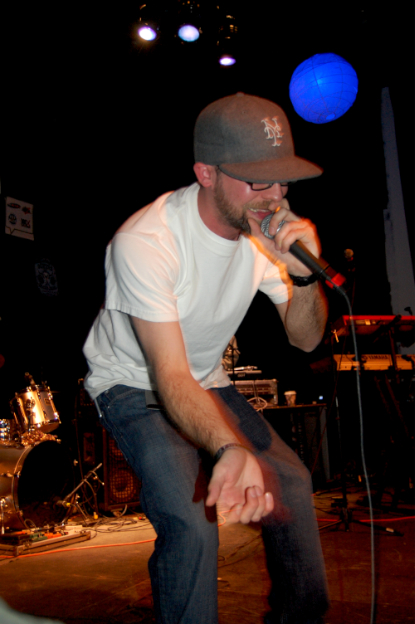 “It’s hard to pinpoint what is so fascinating about Bisco Smith’s music, and then it becomes increasingly clear. The graff/visual artist turned rapper has a knack for layering conceptually complex sounds in a fashion that melds the functions of sight and sound. Every rapper needs a good hype man, and Lokash fits the bill, cutting tracks to a T, with the right shouts at the right intervals. Turnbull green created these live ambient, Aphex Twin meets Flying Lotus type of 3-D sounds that created popping effects at moments least expected, in the middle of Bisco’s undulating rhymes and literary devices. The triads of joint elements pull together to redefine the meaning of sound engineering.”

“Bisco Smith — This guy hit the stage and immediately got his sound check on, making sure his sound was correct and, honestly, I’m not mad at him at ALL for doing so. It seems like more and more you see hip hop acts forced to deal with whatever cards the headlining acts deal them regarding sound and he made sure to get his sound correct. Once he got started, though, the set he put on was a swift lyrical onslaught. I’d even go as far as calling it relentless and his DJ was a great hype man to boot.”